In 1940, famous writer Stefan Zweig paid his second visit to Brazil. In Brazil, Land of the Future, he wrote: “Once one has set foot in Brazil, one finds oneself unwilling to leave; once one has left, one always wishes to return to her embrace.”

In April 2017, SPIC Overseas, supported by Pacific Hydro, secured the concession for São Simão, Brazil’s ninth-largest hydroelectric plant, at the lowest premium to the minimum bid price in a model example of energy cooperation between China and Brazil.

São Simão is located on the Paranaíba River, at the centre of Brazil’s power load. The plant began operating in 1978 and is the largest of a set of 4 such plants put up for auction by the Brazilian federal government. The maximum installed capacity of the São Simão plant when it was completed was 2,680MW.

On 10th May 2018, SPIC Overseas completed all handover procedures and formally took possession of the São Simão hydroelectric plant, finalising a smooth transition to private use. In October 2019, São Simão’s monthly power generation reached 1024GWhrs, the highest figure for the past five years.

Lu Anjian has vivid memories of the race against the clock to prepare the acquisition plan for the São Simão plant. He once published a poem in the company’s internal magazine, comparing himself and his colleagues to a multi-dimensional combat force of multiple services and arms on an overseas mission. The auction for the São Simão plant, in his words, was a set-piece battle across 24 time zones that depended on coordinated command and combat.

“It was a challenge to win the bid, and we were fantastically quick off the mark thanks to a solid vanguard who knew the local terrain,” explains Lu.

Because of the great distance between Brazil and China, the acquisition of the São Simão plant required coordination between frontline and reserve teams in both countries. For Lu Anjian, SPIC Overseas is like an overseas expeditionary force, engaged in a campaign in the far corners of the southern hemisphere.

At the time of the auction, the majority of Chinese power companies had yet to make Brazil the focus of their overseas markets, and most had no experience operating in the country. It was only after the inauguration of the China-Pakistan Economic Corridor that, gradually, more Chinese businesses became interested in venturing into the Brazilian market.

At the auction, SPIC Overseas saw fierce competition from strong contenders from France and Italy among other countries.

The CPC committee at SPIC lent their full support to the São Simão bid, holding full and frank discussions of any latent risks and preparing contingencies accordingly.

SPIC Overseas’s team leveraged previous analyses of the Brazilian electricity market by China Three Gorges Corporation, together with their own keen market instincts and solid support from SPIC, all backed up by a global support network, allowing them to retain a precision strategy, and remain unruffled throughout the bidding process. Finally, SPIC Overseas joined Zhejiang Provincial Energy Group Company Ltd., China-Portuguese Speaking Countries Cooperation and Development Fund (“CPD Fund”), and the China-LAC Cooperation Fund in a successful bid at a 6.5% premium to the minimum bid price (the lowest premium rate in the fourth bid section) to gain the operating rights to the São Simão hydroelectric power plant.

Li Hui, SPIC Overseas’ Chief Financial Officer, revealed that there was a tight deadline after the successful bid regarding the submission of paperwork supporting the company’s legal, technical and financial compliance. The submission process required a period of close coordination which was an immense challenge – for instance, to manage applications for relevant permits from different government ministries and commissions, the company appointed specific points of contact.

For SPIC Overseas, still greater challenges loomed: there was a two-month deadline to raise USD2.3 billion for investment. “The project was conducted under significant resource and capital constraints; it was like walking a tightrope. There was no playbook of successful case studies to refer to; we had to just find the optimal solution for the specific circumstances we were in,” says Lu Anjian.

For Chinese businesses sallying forth into the international market, financing will pose acute challenges. These companies may need to jump through multiple hoops, including pre-loan due diligence, syndicated loan approval meetings, negotiation and signing of financing agreements, and changes in credit conditions right up to the conditions for approval of the first drawdown. They must meet all kinds of pre-conditions in order to obtain credit, and must obtain government permits, land permits, approvals for overseas loans, government letters of approval for asset transfers, and relevant certificates. Chinese businesses must meet all these conditions, in environments with which they are unfamiliar.

Li Hui explains that the transaction structure for the São Simão deal was hugely complicated, because capital controls, as well as tax systems of multiple countries and regions, all needed to be taken into account. The allocation of guarantees, the choice to conduct a debenture sale in China or an overseas market, pricing considerations for related party transactions, and decisions regarding whether to opt for a swap transaction – every possible solution needed to be subjected to rigorous scrutiny.

For investments in Brazil, exchange rate risk is the greatest hazard. The company needed a keen grasp of the FX markets, as well as expertise in the local market and tax system, so as to formulate a feasible foreign exchange swap. Furthermore, the complicated Brazilian tax system meant that it was imperative to devise a satisfactory tax structure for the deal.

“Everyone was working 24 hours a day across the globe: we had three teams in Australia, Chile and Brazil working in tandem. We pulled a lot of all-nighters,” reminisces Lu.

Wenjie Zhang, EVP, Managing Director and Co-Head of Global Banking of HSBC China recounted a similar experience. HSBC also coordinated worldwide: “We have a system of global relationship managers and we have 26 China Desks across our key markets. Where there is a need for a cross-border project, our global RMs work with the project teams locally in order to provide a comprehensive one-stop service.”

After the São Simão acquisition contest kicked off, Wenjie Zhang’s team quickly switched to their seamless, combat-ready status. “It was often the case that just as our Brazilian colleagues were clocking off, the China team would come online. Everyone gave it their all to work together and ensure the best use of our manpower to close the deal.”

Eventually, with close collaboration from both teams, the São Simão deal secured a financing package that’s locally appropriate both in Brazil and in China.

Thanks to SPIC’s excellent international ratings (Moody’s A2; S&P A-; Fitch A) and its rational financing package, the syndicated loan application and debenture sale both garnered great interest and subscriptions from many internationally well-known banks, resulting in a smooth raising of funds.

“São Simão is just the beginning. SPIC Overseas intends to plant seeds that will grow into an eco-system locally, helping our management learn the local culture,” explains Lu.

In line with SPIC’s strategy, SPIC Overseas will build on the positive platform effect of Pacific Hydro and the gains from the São Simão deal to continue with acquiaition of high-quality assets. SPIC Overseas will ensure it acquires key strategic targets and accelerates the expansion of the company’s global strategic footprint.

A Ten-Year Effort: the Much Anticipated Marriage between Proton and Geely
Tsingshan’s Indonesia Morowali Industrial Park: Build, and They Will Come
CET: Making Electrical Waves On the Nile 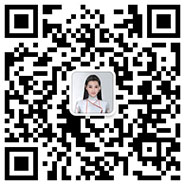